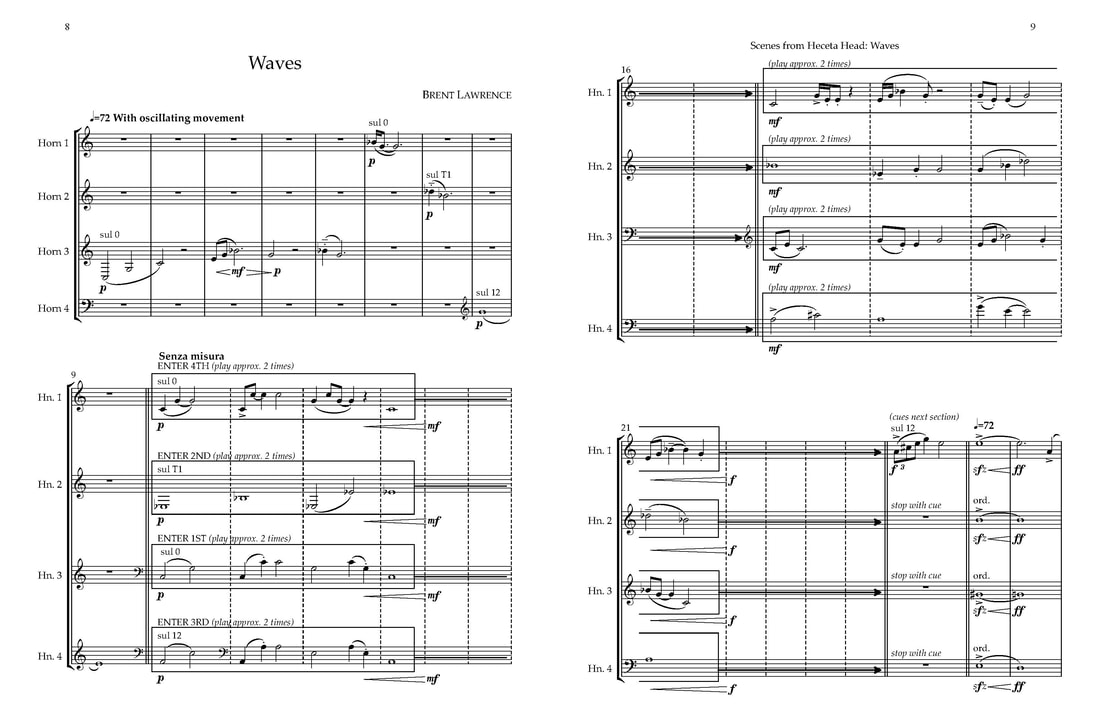 Scenes from Heceta Head draws from my early experiences of the Pacific Coast. Having grown up in Virginia and attended college in North Carolina, making a cross-country move to Oregon gave me my first glimpse at the natural wonder of the state. As I discovered my new surroundings, I was aghast at the sheer variety of landscapes Oregon offers; one can travel from the stark, cold, windy coast, through the rain forest, and into the desert all within a day’s drive.

This work was inspired by a particular place on the Pacific coast, Heceta Head Lighthouse, which I visited on several occasions during my years in Oregon. The lighthouse is located on Highway 101 between the city of Florence, OR and Yachats—a small coastal town seemingly teeters on the edge of the ocean. I visited in December once, during Oregon’s rainy season. The Oregon coast is not exactly known for its hospitable beaches, not at least in the way most Easterners would think of the beach. The ocean seemed angry, it crashed into the seaside cliffs with such force to launch an eerie mist upwards to those who stood above it. The waves churned against the rocks and I thought about their immense strength, judging by the size of the whole-trees that sat, washed up, on the sand. And I thought about, in these conditions, the blessing of having the Heceta Head Lighthouse, a beacon, to those who found themselves afloat in such waters.
​
- Brent Lawrence, 2021